Diyarbakır marbles in beige, pink and cherry colors of the companies participating in the 45th International Natural Stone and Technology Fair held in Italy amazed the participants. 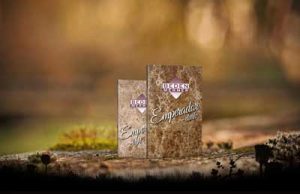 Turkey’s natural stone industry has made great strides in the last 10 years. The sector, which has risen to the top of the world in marble and travertine exports, has started to push $ 2 billion. Performs 25 percent of the marble production in Turkey in Diyarbakir took a step that excites the region.

The products of the companies participating in the 45th International Natural Stone and Technology Fair held in Verona, Italy attracted great attention. The marbles in beige, pink and cherry colors in Diyarbakır region drew the attention of the participants.

At the invitation of the KOSGEB Diyarbakır Service Center Directorate, business people attending the fair made serious connections with their colleagues. Especially Italian companies demanded block marble. Marble companies operating in Hani, Kulp, Hazro, Çermik and Çüngüş districts of Diyarbakır aim to reach 500 million dollars in 2012 by doubling the export figure. Businessmen from Diyarbakır also met with Minister of State Zafer Çağlayan at the fair and asked the government to continue their support.

Diyarbakır, which has been selected as a pilot province in the marble sector as part of the GAP Action Plan Support Program, has increased its marble production by 2000 percent compared to 2003. Cherry, Cermik beige, daisy beige, black pearl, Caspian pink and petroleum green marble beds are in high demand in the international market.

The number of people employed in the marble sector has also increased from 420 to 6 thousand in the last 7 years. This development was also reflected in international fairs. 6 Diyarbakır companies opened stands at the Marble fair, 45th of which was held in Verona, Italy, and tens of businessmen attended the event and established a dialogue with foreign companies.